Teaching Mathematics On A Problem-Solving Basis 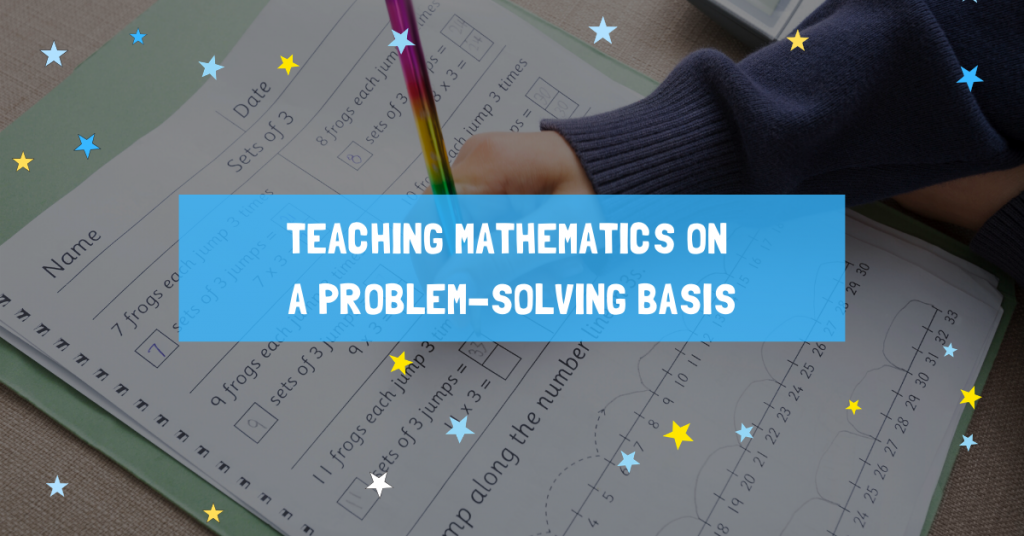 A new approach to Mathematics in UK schools has been a point of discussion for more than a decade now. Britain’s standing in the world amongst other leading education systems has been somewhat disappointing with regard to the subject. Compared to countries such as China, Singapore and Finland, it is fairly clear that old approaches are no longer sustainable and are preventing learners from truly mastering Maths.

This is why the adoption of international approaches to teaching Maths is a welcome change in our system. Ranking globally at 27 amongst the mathematically literate, the UK government’s decision to give the subject a much needed shot in the arm will hopefully see good results, come exam season. With the GCSE changes to Mathematics, English and Science in its second year of implementation, student results will be a strong barometer for the success of reforms seen in recent years.

A new approach to an old equation

Mathematics isn’t an easy subject to master. However, much of a student’s ability to assimilate new and complex information depends on its presentation. Historically, the subject was presented in a “revise and summarise” manner, which saw pupils committing mathematical concepts to memory, with less focus on how problems should be approached, processed, tested and proven.

But while arithmetic memory is important to helping students learn the subject, the key to unlocking Mathematics is when they are able to apply their problem-solving abilities in a creative way. Research has found that approaches by Asian countries do in fact provide better results in learners of all ages. A 2015 study by UCL Institute of Education and Cambridge University, found that “…children who were taught through the Singaporean “maths mastery” approach learn faster than their classmates – making, on average, an extra month of progress in a calendar year.”

Another report by the Center for Excellence in Teaching Mathematics found that the average Asian student is usually three years ahead of his or her British counterpart. This gap between Britain’s school kids and the rest of the world has given Mathematics particular attention during the GCSE revamp, which is being implemented across UK schools over the coming years.

Learning from our peers across the pond

The UK government’s decision to fund GBP 41 million towards the adoption of the Math Mastery approach is set to help improve primary school learners’ ability to grasp and explore mathematical concepts and problems. The funding is set to help half of England’s primary schools adopt the approach, with further investments expected in future.

According to Schools Minister, Nick Gibb, “We are seeing a renaissance in Maths teaching in this country, with good ideas from around the world helping to enliven our classrooms. The significant expansion of the south Asian Maths Mastery approach can only add to the positive momentum, with thousands more young people having access to specialist teachers and quality textbooks.”
Massive publishers, such as HarperCollins’, are also investing in the Eastern approach towards teaching the subject. The decision to secure a series of 36 textbooks from China’s leading schools for translation adds further momentum to British adoption of world class Maths education and course material.

Other moves, such as employing Asian teachers in UK schools to boost Maths literacy is set to pay dividends in the coming years. The move announced in 2015 was punted to show marked improvement within four years, so we’ll have to wait and see if the results of such decisions will be justified by their ends.

Disruption sums up the mood in UK’s education system

It’s fair to say that recent years in our education system have been somewhat disruptive. GCSE changes that include new grading systems, course material and examination frameworks have left parents and students somewhat befuddled. Yet, the changes to how Mathematics is taught in our schools should be embraced, as it gives learners an equal footing in an increasingly globalised education, commercial and political world.

The UK can ill-afford to be left behind in the race to produce the top minds of tomorrow and it’s Boost Education’s mission is to help students and parents navigate an often uncertain education system. Our collaborative approach to education means we’re involved with schools, teachers, parents and communities at large to ensure our children get the education they deserve.
To learn more about how we can help you, contact your nearest Boost Education centre today.