The value of quality early education in society 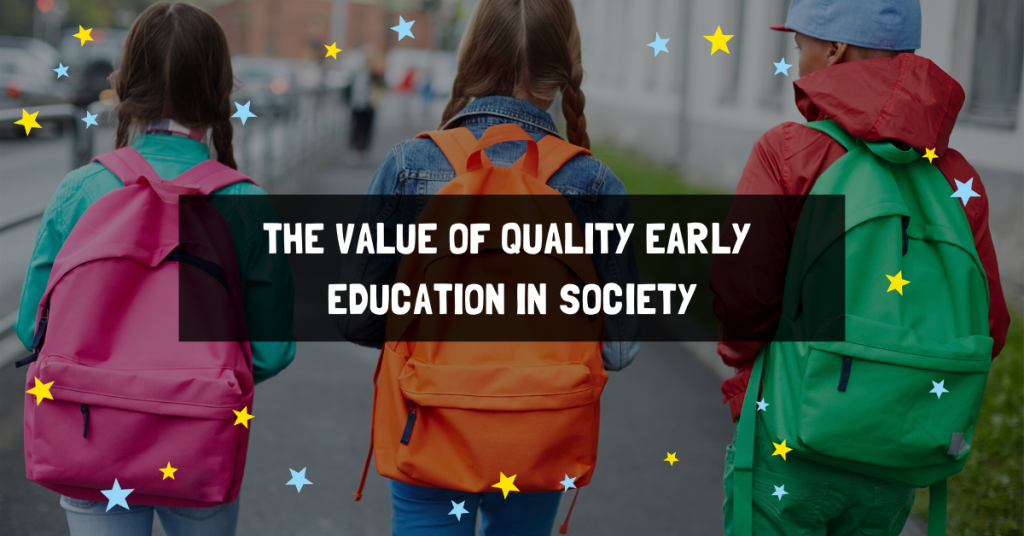 In 1997, the British government commissioned a massive research undertaking that became known as the Effective Pre-School, Primary and Secondary Education (EPPSE) study. The research assessed more than 3 000 British children, of which some had completed pre-school and others not, over a period of years. The findings demonstrated that those with preschool education consistently attained higher marks in key subjects in later years of schooling.

It also found that the latter group of students demonstrated better self-regulation, healthier social behaviour and were also less prone to hyperactivity. A more recent and equally extensive study spanning the northern hemisphere further asserts that the “pre-emptive” nature of early education makes it a powerful antidote against educational, social and developmental challenges in young children.

Early child education and care in the United Kingdom

The UK provides young children from the ages of 2 to 4 with a range of early education and care services. Studies like the ones mentioned inform government initiatives toward making quality early education available to more British children.

In England, children 3 years of age are guaranteed 15 hours of free childcare per week or preschool for 38 weeks annually, or 570 hours total, paid for by the national government. Parents can opt to send their 3-year old to a private center, a publicly funded nursery, a state-funded primary school or a home-based daycare provider. There are also inclusions for children aged 2 who meet certain qualifying criteria.

In Scotland, children can attend public nursery school from the age of 3 and parents or carers of children may also qualify for a once off benefit payment of £250 towards the cost of early learning such as toys, books etc. Wales and Northern Ireland both follow suit with their own implementations of early education and child care.

Access to early education has far ranging benefits that create opportunities for parents and children. Young parents (including single parent homes) are aided by the financial and time resources availed to them by governmental childcare and educational services.

Early access means children of all backgrounds are equipped with the resources they need for a lifetime of learning and access to opportunities in later life. Further, early education and care provision act as a support structure for young professionals as they further their careers and work to improve their quality of life.

According to the EPPS study, access to quality preschool education increased educational attainment with the result in lifetime earnings that benefited the Exchequer. It also found that attending preschool increased the estimated lifetime earnings of the individual by £26 788 and £35 993 for the average household.

Further, these services are also allowing more women to enter the workforce and contend with their male counterparts for high paying jobs.

Access to quality early education is a privilege millions of British children enjoy and should take full advantage of. Boost Education is in full support of our local government’s continued efforts to ensure our students remain of the best and brightest in the world.

For more resources on early childcare and education services, feel free to visit gov.uk or check out this link for more information on the EPPSE study.  Also, if your child is already attending school and may be in need of additional support, you can get in touch with your nearest Boost Education for a chat on how we can help.