Why does the UK’s school year start in September of all times? 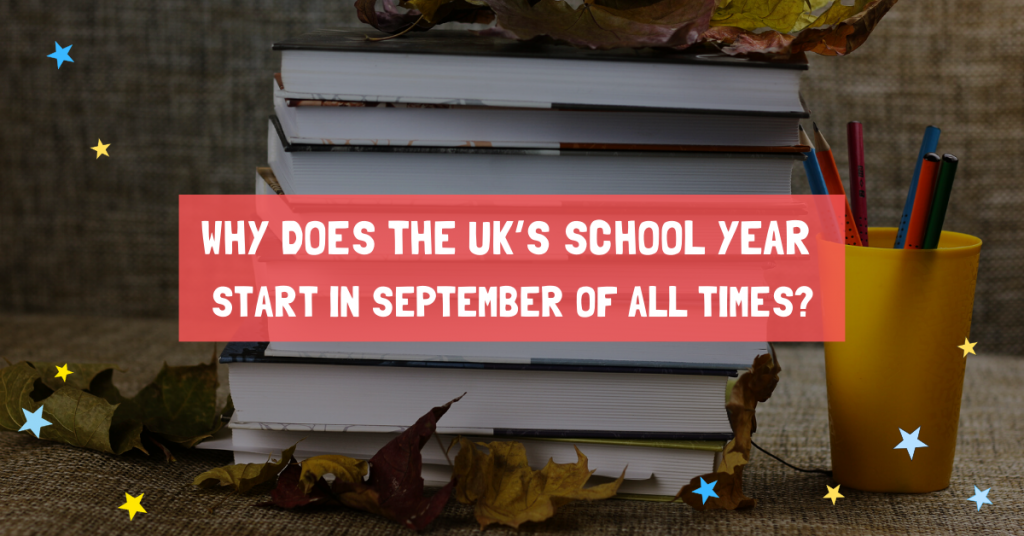 September marks the beginning of the new school year for students across the UK which also coincides with the arrival of the colder seasons. Interestingly, the beginning of the school year varies largely depending on which side of the equator you live. Countries in the Southern Hemisphere, for example, typically start the new school year with the commencement of a new calendar year, which would appear to be the sensible thing to do.

So why does the UK and many other European countries kick off the new school year in the cold September months? The answer is rooted in the region’s agricultural background and its requirements to work in harmony with nature’s cycles.

In 1880, the English government made education compulsory for all children between the ages of 5 to 10. This was made possible by the Sandon Act of 1876 which imposed a legal duty on parents to ensure that their children received a certain level of education. Prior to this, children were expected to help their families with agricultural and other duties that took precedence at the time.

Children were a prime resource when manual labour took up most of people’s time as agriculture was still a relatively unevolved industry. According to Paula Kitching, a fellow at the Historical Association, “In many communities it would be the boys of 10 to 13 that would do the shepherding in the higher pastures and be away for days or more at a time. Younger children would help in the home looking after their siblings and doing laundry while older children and parents took on the physical labour.”

The winter months meant there was less to do for children with respect to farming activities, which made their absence at home more acceptable. However, from May onward, more hands were required on deck to take care of livestock, picking fruit, harvesting and helping out with other important activities.

While education was made compulsory, the sudden absence of children from the home had an economic impact on many families. Parents had to compensate for the loss in their children’s wages and were also required to pay for schooling until 1891. This resulted in increased truancy and also lead to many children having to work long hours after school.

Later laws involving education increased the school leaving age and also required employers of children to provide certificates that proved children were taught up to then accepted standards of education. This societal shift meant the English government had to deal with many challenges to making education a more prominent focus in the lives of poor families that relied on every member of their household for an income.

And it is under these circumstances that the decision to start the school year in September was made by the British government. Interestingly, the late 19th century was also a time when Britain’s stance as the leader in the industrial revolution was being challenged as the world became more industrialised.

The government’s drive to increase the availability of education was exactly the right move at the time. The early 20th century was a time of rapid transformation and old norms were being replaced by new innovations, industries and ways of thinking. Further, if it wasn’t for the government’s willingness to start the school year at a time that suited the country’s mostly farming communities, resistance may have thwarted education’s rise to prominence.

Fast-forward to modern times and it’s interesting to see how education has helped to evolve agriculture in ways that make it almost unrecognisable to a young fruit picking adolescent back in the 1800’s. Brilliant, educated minds have introduced inventions that have transformed the industry and reduced the need for intense physical labour. And that is a quick look at why our school year kicks off every September.

The Boost Education approach to supportive after school learning is designed to help your child develop his or her reasoning skills from an early age. Our tutors are standing by to welcome you and your child to your nearest Boost Education centre. Happy learning!